Automattic to start their own ‘WordPress App Store’?

There’s been plenty of buzz, following Matt & Toni’s talk at Le Web, about how Automattic are planning on leveraging the vast ‘Facebook-sized’ world of WordPress.org installs.

From the video, this would seem to integrating a ‘kind of’ app store into WordPress.org installs alongside eliminating the difference in functionality between .org and .com sites by effective third party integration of .com features into .org sites.

Check out the ‘announcement’ below:

Specifically Matt suggested that they wanted to figure out a way where Automattic could take plugins like Vaultpress:

“Put all of this together and provide more of like a, I don’t want to call it an app store experience, because it’s not that at all, but something which you can drop into your WordPress that adds all this really cool stuff that we build for wordpress.com, so there’s really no difference between WordPress.com and WordPress.org in terms of the features you get”

Now, you can say this isn’t an app store – but clearly VaultPress is a premium, paid, service and thus tightly integrating it into wordpress.org, for presumably payment, would equate to an app store, wouldn’t it?

Even if the ‘experience’ would be different :)

Would an App Store for WordPress be a good thing? 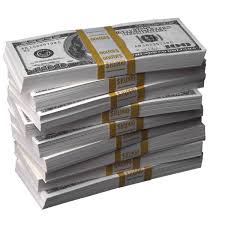 Well, I reckon, as we already run the first ever premium WordPress plugin ‘app store’ WP Plugins, we’re probably in a good place to comment!

And the answer is a resounding ‘yes’.

For example, at WP Plugins we already have over 70 different plugins, with plugin authors regularly making over US$5k per month from it.

Now, imagine if that functionality was tied into WordPress, so that users could purchase plugins from within WordPress, how much further would the reach of a professional plugin author be!

Would WordPress.com features being added into WordPress.org blogs be a good thing?

Absolutely, one of the main problems WordPress.org blogs has is a lack of core, much desired, features and integration with WordPress.com functionality would really knock this on the head. 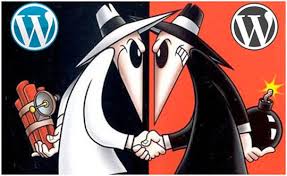 Not only would there be the possibility of features like search and rafts more extra functionality integration but opportunities like inexpensive extra hosting (as well as backups and alike) could also be a boon for the regular wordpress.org user.

But is there an evil side?

Well, that’s probably where most of the chatter would be – and much as we know Automattic are all about nicey-nicey, not-getting-acquired, community-focused, caring-and-sharing, barely-for-profit – I don’t think that anyone would, for a second, think that there isn’t a sound commercial strategy behind this. 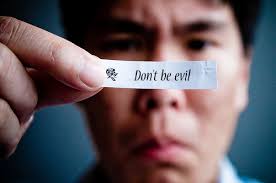 Of course, with it’s fingers firmly wedged into 10%+ of every site on the interwebs, ‘mattic will be worth a heap more, and that’s not to mention the actual revenue potential of just a few premium services tacked into each individual WordPress install.

But, is there anything really wrong with that? I’d say, No.

Would you diss Apple for providing the App store? Or any platform provider (and WP is increasingly becoming a platform) that enables the sale of software for use on their platform?

And, as an extra bonus, Matt will even get to enforce the 100% GPL rule as an entry point into this kind of environment – effectively killing off any theme or theme or plugin provider that doesn’t want to play by it.

So, is it win-win for everyone’s favorite semantic publishing platform?

Or, will a further step in the ever encroaching call-home, integrated third-party applications turn the tide against WP and in favor of other platforms with less corporate overlordship?